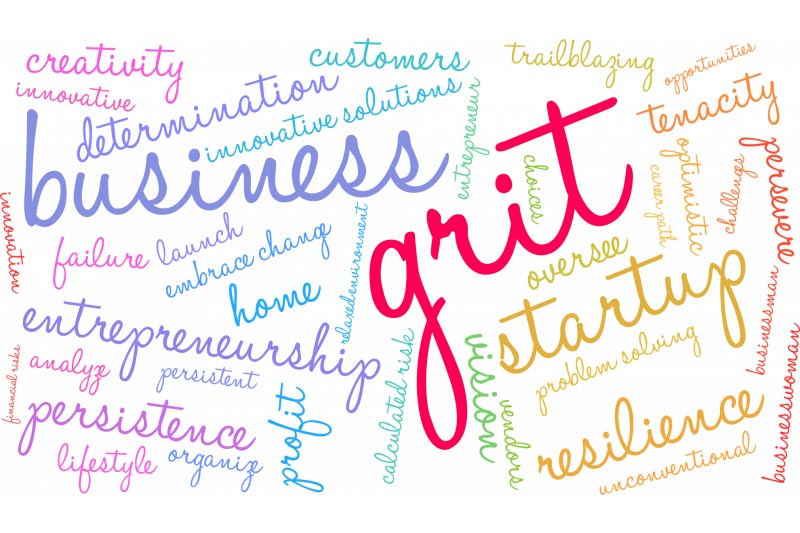 Grit is a character trait born of passion. Gritty people are typically down-and-dirty, take-no-prisoners types of people who want an outcome more than they want a scapegoat. Not to be confused with arrogance, grit is a powerful form of determination rooted in the belief that all things are possible.

Some may argue that only type A individuals have the tendency to exhibit grit personalities; this is false. Anyone who has a willingness to do what it takes to either target and reach a goal, or withstand and weather a challenge has the potential to develop grit as a skill set.

Is there a direct path to grit? Likely not, but there are certainly opportunities all around to develop more grit in your life. Here are some tips to increase your grit:

Become antifragile – Gritty people are not delicate. Gritty people don’t expect a participation trophy; they respond with strength when they must endure something they don’t care for. Grit development comes from realizing that all people will face things they don’t want and don’t understand. Instead of reactionary responses, they focus on what needs to happen in the moment to withstand and move through.

Have a growth mindset – One of the hallmark skills that grittier people exhibit is a growth mindset; being open to new ways of thinking and behaving, being open to constructive criticism and hearing the word “No” are part of their toolbox. Equally important is a willingness to stand up for something that matters. Grit-based thinking doesn’t champion every cause or theory that comes along. Grit develops discernment and chooses wisely. Growing and expanding your mind brings the wisdom and grit that creates discernment. This discernment works in tandem with your focus and actions, reducing the chatter that distraction from what really matters. ß

Learn to adapt – In this life, we are guaranteed trouble. Survivors learn to adapt. Grit is the tool to adapt to unpleasant things. Grit is what brings a man lost in the mountains the courage to eat bugs or forage for shelter and water until he is found. Grit is what gives a child living in extreme poverty and abuse the focus to study hard and leave the situation when graduation day comes. Grit is what gets the soldier through the battle, the injury, and the trauma.